Back to portfolio categories

Shoof International is a fast growing, internet based agricultural and veterinary supply company, set in a rural part of central Waikato. The Clients wanted a staged building development, with occupation of a ground floor initially, allowing for staff growth on to an upper floor, over the years ahead. The design aesthetic suggested by the Client was one of a simple, “raw concrete” composition, with coloured glazed facade to reflect to surrounding cloudless blue sky. The design solution and delivery, picks up the office, industrial and warehouse aesthetic, leaving the raw concrete facade “delightfully” juxtaposed with the adjacent green pastures. The building composition has been created as a simple block mass, set beside a facade of concrete and “slot” glazing that “screens” the adjacent warehouse structure. Internally, the arrival Reception space is light filled and dramatic, allowing for future art gallery space. The adjacent Meeting Rooms and Call Centre staff are positioned along the north facade of the light filled interior. 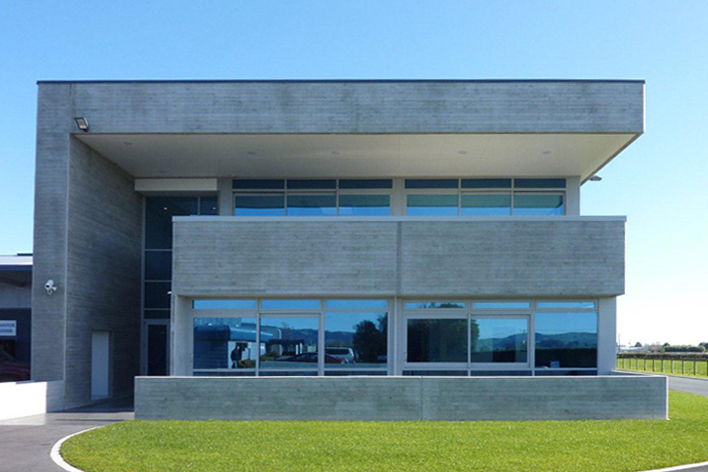 Icons made by Freepik, Balraj Chana, Google from www.flaticon.com is licensed by CC BY 3.0